The purpose of the Timesheet Review page is to give HR, Branch Managers, and Accounting the ability to collaboratively review and resolve flagged issues on weekly employee timesheets. Because payroll and invoicing are dependent on approved timesheets, resolving timesheet issues efficiently is mission critical.

The Timesheet Submission review page was developed years ago with more emphasis placed on programming than on usability. Multiple users report frustration with complex, error-prone workflows that are time consuming to navigate. Some users avoid using the page in favor of their own ad hoc workarounds.

A company initiative to update the Intranet from an ASP.Net framework to MVC provided additional incentive and opportunity to re-work the page. The goal of the project is to improve the UX of the page while retaining the existing functional scope. 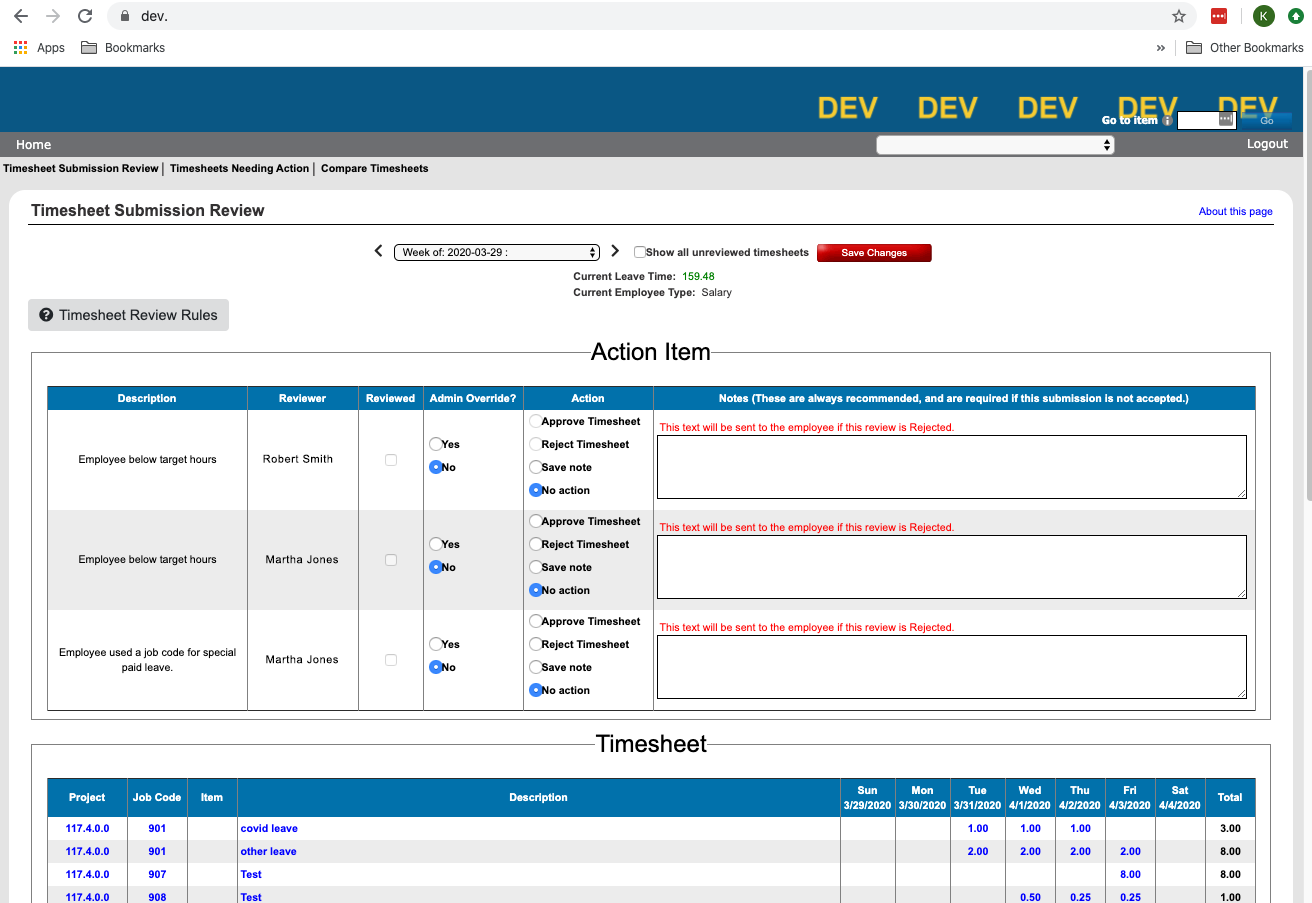 HR, Branch Manager, and Accounting roles are the sole users and audiences of the page.

MY ROLE AND PROCESS

User Interviews / User Stories / Functional Specifications
I conducted initial interviews with multiple members of each user group, as well as the page owner. I conducted interviews in person and via teleconference. The goal of interviews was to understand how users currently use the system, what aspects of the systems they find useful and productive, and what pain points and frustrations they may experience in the process. I used the research results to document the functional specifications and user stories for the redesign effort.

Prototyping
I used white boards and sharpie sketches in the early going. These rough sketches were useful for exploring ideas on-the-fly with users during initial interviews. From these sketches I moved directly to Adobe XD to prototype the workflows. Depending on client requirements, I use a variety of prototyping tools including Adobe XD, InVision, Figma, and Sketch.

Iterative User Testing / Prototype Refinement
I scheduled and conducted follow-up user tests to validate workflows. I provided clickable prototypes and used the “think aloud” technique to review assumptions and elicit new insights. Think-aloud user testing with clickable prototypes is an efficient and effective way to test and validate prototypes. According to Nielsen Norman Group, “thinking aloud may be the single most valuable usability engineering method”. 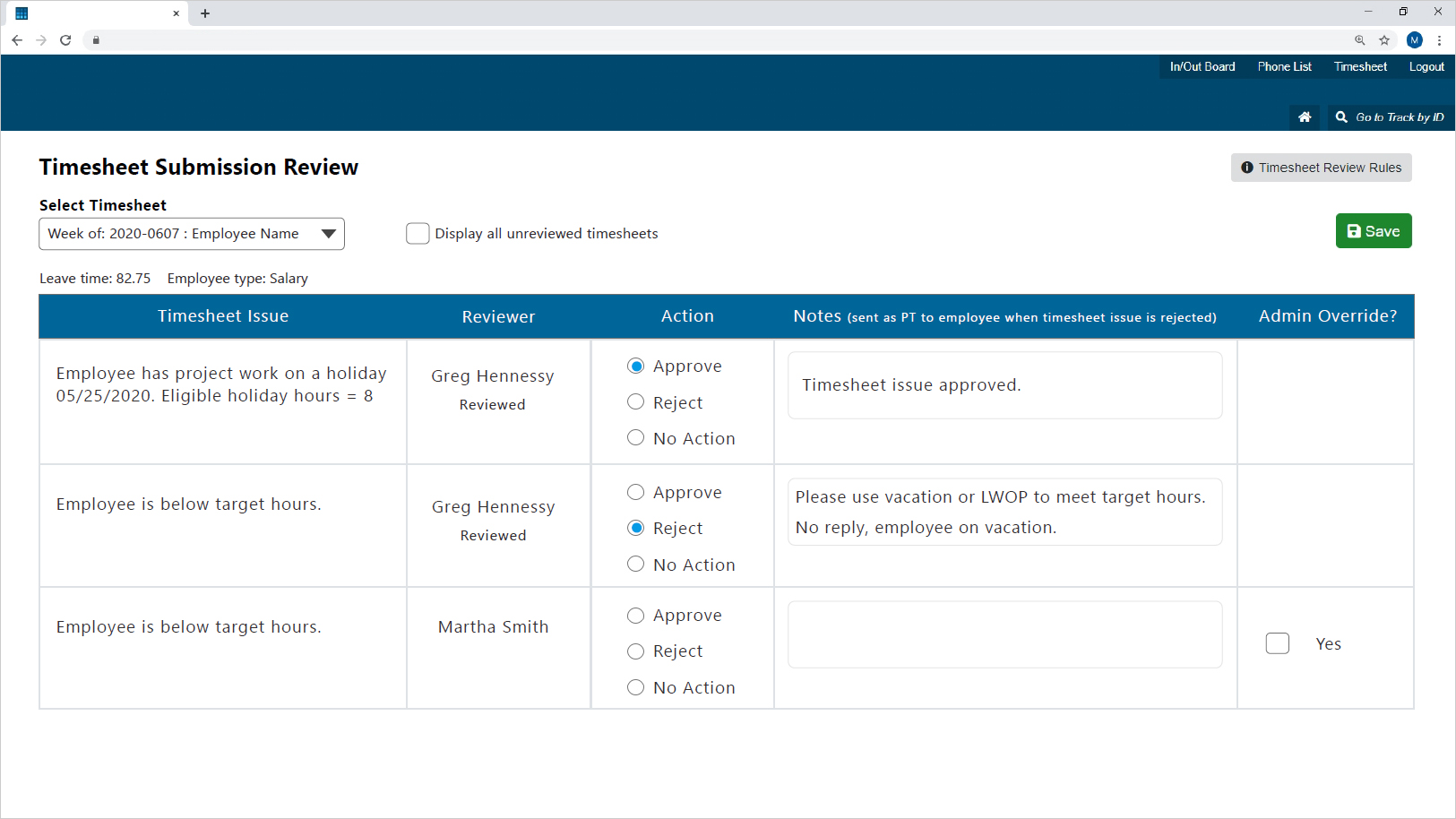 Issues to be Addressed 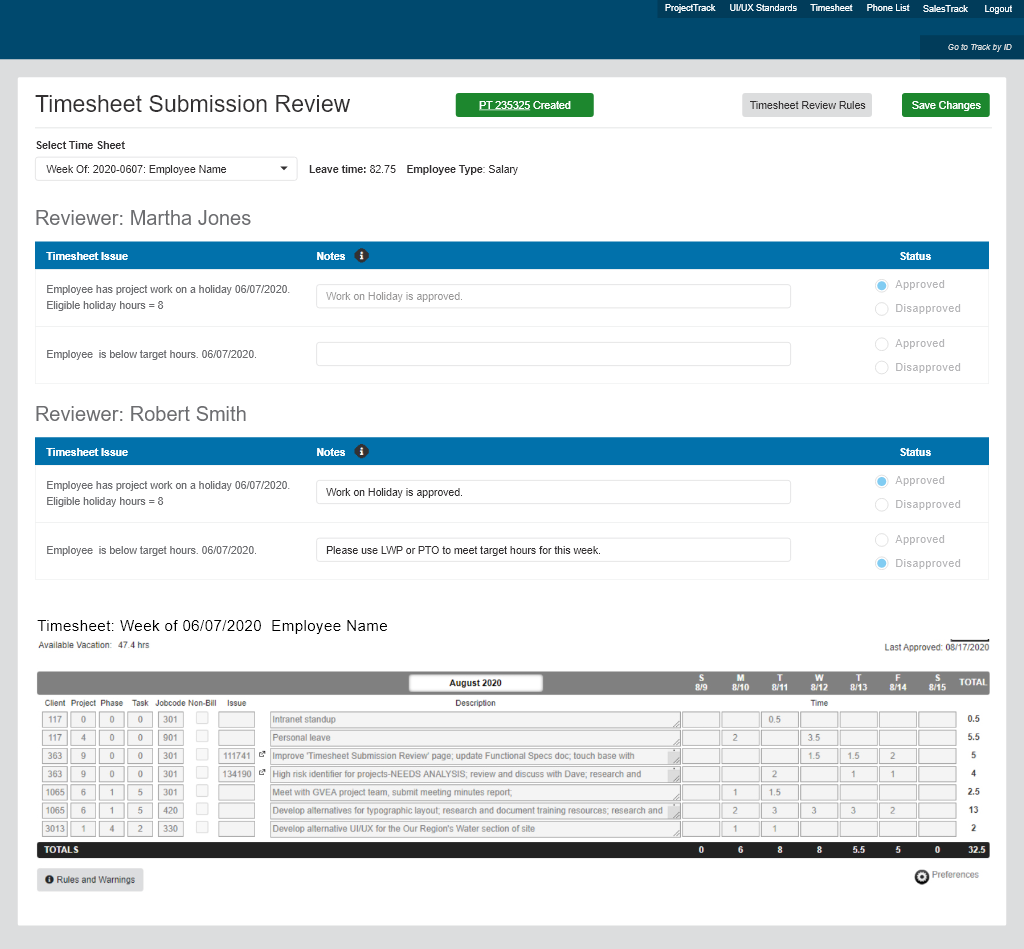